This article outlines a simple, layman's process to deriving the basics of a operational level campaign plan. The process achieves this result by conducting an objective analysis, an analysis of the situation, deriving a quick estimate of friendly capabilities, and the formulation of a course of action (COA) to execute the pending operation. Military professionals spend years studying these techniques. Due to the fact that we are not out to produce a crop of "Jedi Knights," but just a group of better versed officers to become commanders or general staff officers in CWOL, we will concentrate on basic process over form.

The main difficulty with forming a strategy is the quest for a terminal objective that will define campaign victory. In the case of CWOL, the victory conditions constructed by the national leadership defines what is needed for success in the war and gives the theater-level planner the definition of what territorial or strategic objectives can be obtained by actions of theater's assets. The campaign plan should be linked to these national objectives and the accomplishment of victory by the operational level force (army or theater) should attain one or more of these national objectives.

Areas where objectives are found for use in plans are in the directives of higher headquarters, such as:

An example of how to determine a regional (theater) campaign plan can be taken from the CSA Central Theater in CWOL 97.

If you are a Clauswitzian, however, there are other objectives, especially at the operational level, which can be applicable. These objectives center around the destruction of "high value" units, which can limit the enemy's capability and force him to alter his plan or, best of all, assume behaviors which supports your COA. Examples of "high value" units whose destruction could result in achieving a decisive objective are:

Summary. the determination of strategic or operational objectives have three very viable criteria in CWOL:

2. Analysis of the Situation

The next step in the determination of a strategy concerns the analysis of the operational or strategic situation in terms of friendly resources, the operational environment, and enemy capabilities. While this portion of strategy seems to be the easiest, it is also the one requiring intense effort to get raw data collected. Simply put, you must have the following:

Ensure that the human factors have been answered at this stage. In CWOL, these factors always center around number of competent tactical commanders, their assignment, and the regimental command load of these individuals. Additionally, the position of all forces in relationship to the enemy and proximity to a rail head comes into play (good CWOL commanders take a page from the example of von Molkte with their obsession on rail movement). However, campaigns seem to be won or lost based on the degree of competence at the tactical level. Past iterations of CWOL have shown (not unlike the ACW) early advantages in CSA tactical leadership became diluted as the Confederate Army grew bigger and the development of tacticians did not keep pace. Concurrently, the Union leadership weaned its weak performers and has centralized its operations into the control of 10-15 competent officers.

The assessment of resources, both friendly or enemy, are difficult in CWOL. Resources center around the condition and quality of units in play, projected supply status (based on the needs of the campaign plan), availability of supply depots, and the reinforcement projection.

The estimate of friendly capability is a quick mental process. The author of the plan lists the required force package for the operation and the commander or his Adjudant General (plans officer) modifies the COA to account for any force package shortfalls. The second consideration is a review of the operational requirements on the unit(s).

Friendly capability review is assessment of the forces available. Can they support the selected COA or not ?
It is important not to bet on promises of future reinforcements for this assessment {the historical case study of this is Johnson's ill-fated attempt to form an army to relieve Vicksburg}
If friendly forces can not hope to execute the COA then the COA must be modified.

A course of action must consist of 3 components:

Included in the narrative {and shown on the sketch as a numbered star graphic} are the anticipated decision points of the operation. Simply put, these decision points are the estimated geographic locations during the execution of the plan where the commander will have to make a decision affecting the success of the COA.

The force package is determined during step # 3 above. The narrative is read or briefed in concert with the sketch: "Force package A (consisting of 1 regiment and 3 battalion screening force) establishes a blocking position at KOSMOS. The FSA forces will be defeated in a point defense - the outcome of this battle will trigger decision point 1{DP1 = continue approach march of Force Package B}.Concurrently, Force Package B (consisting of 2 brigades and a 2 battalion advance guard) moves along the route Naches Pass - Yakima - Geneva to seize EUGENE and exploit the enemy's disruption. It is between EUGENE and PORTLAND that decision point 2 will occur {DP2 = decisive battle for control of FSA homeland}. This battle will be the culminating point of the campaign". Always ensure that the course of action includes the end state or final disposition of the friendly force - "upon seizure of EUGENE: Force Package A will retain control of KOSMOS; Force Package B will control EUGENE and be prepared to defeat FSA forces vicinity of PORTLAND or SALEM." See the example of a course of action sketch shown below. Always make sure it compliments the COA narrative.

Summary.
The COA summary should contain:

COA development considers enemy action but does not have to counter it in a meeting engagement situation like you have here. Just anticipate the location and action - counteraction response of the enemy.

Any comments, questions or suggestions about the War College can be sent to Curator, HOLF War College 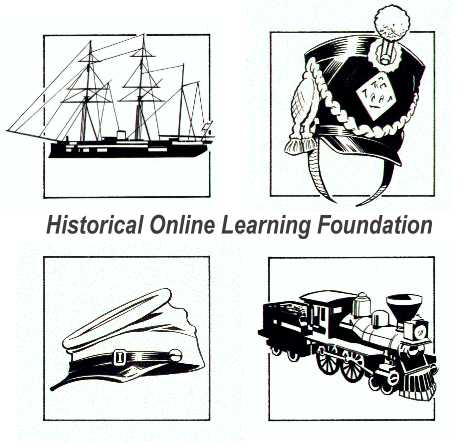